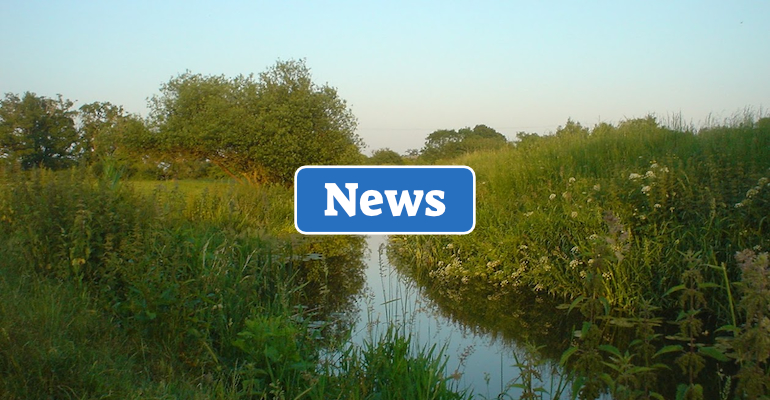 As the colder weather hits it is clear that the fishing is getting tougher but we have seen a few brave souls giving it a go. It must be tough when an entire match blanks at Decoy !!!

We haven’t quite finished the new swim at George Cragg but this will be completed in the new year and will definitely be ready for the new season. In the meantime it was getting more and more difficult leaving George Cragg so we have trimmed the hedge to try and improve the visibility when exiting the pond. It was quite scary when we were working in the road as despite cones, warning signs and hi viz gear the cars were coming down the lane at ridiculous speeds.

Although we have improved the sight lines we would still suggest turning off any in car music and winding down windows so you can hear if anything is coming. Hopefully not an electric car !

We also noticed that after the recent rain there was no sign of water draining from George Cragg into Badgers and as a result both were in danger of flooding. A minor adjustment has been made to the balancing system which seems to have done the trick.

On the downside when we were working on this we noticed a couple of dead bream with severe puncture wounds in Badgers Wood. It seems that at least one heron and a couple of cormorants see the two ponds as their local takeaway and have taken up residence. They are on both ponds but at the moment are very wary of humans and it only needs a rattle of the gate to send them packing.

If you are driving down Hickstead Lane could we ask that you stop and take five minutes to walk around the lake or even just show yourself as this should be enough to drive them away. I hope they are not picking off the baby tench we put in recently.

There will be news next year concerning our new website , so watch this space……

Finally, the Committee would like to thank you for your support this year and wish you all a Healthy, Christmas and a Happy New Year.

Hit enter to search or ESC to close